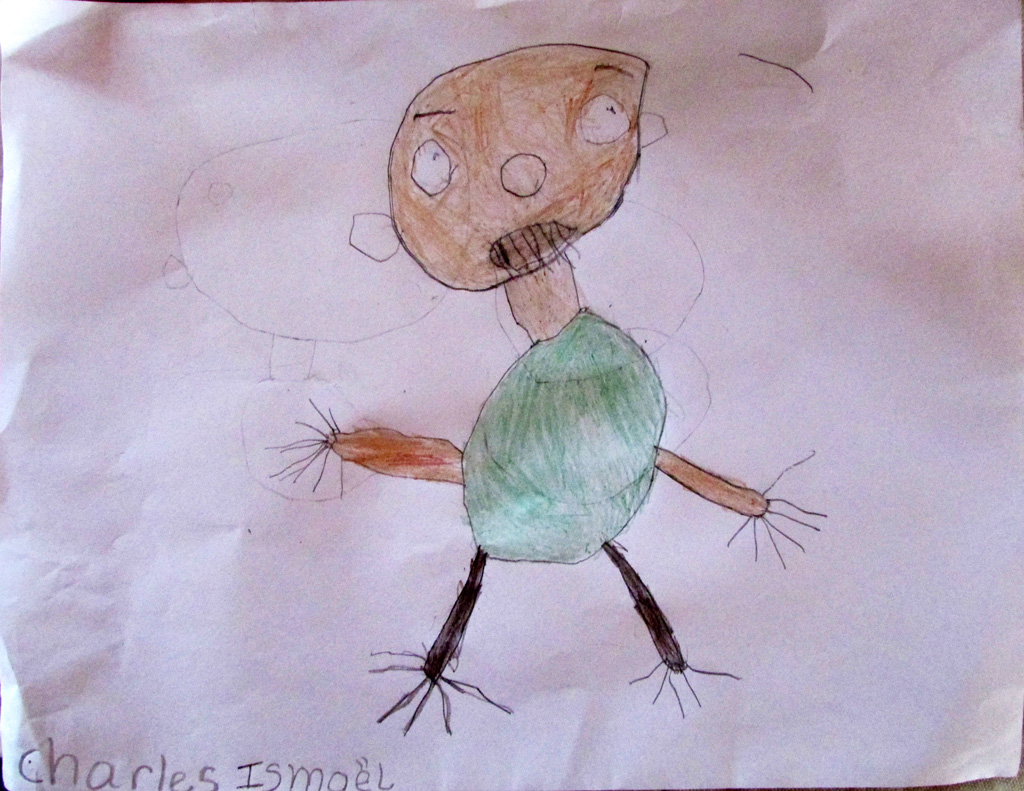 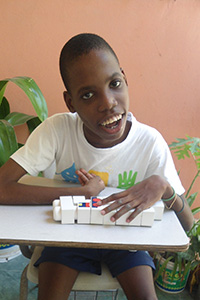 Ismaël Charles attends L’Arche Carrefour’s small Happy Heart School [Ecole Cœur Content] in Haiti. His story is very special on several counts: it all began the day the parish priest discovered him lying on the paving slabs in front of St. Charles de Carrefour’s church and entrusted him to Jacqueline and the other people with intellectual disabilities at L’Arche. They decided to call him Ismaël. Since then, his life has changed: the rope which had been wrapped around his neck to support his head has disappeared. Although his weak, little legs have grown a bit stronger, he is still unable to walk on his own, even with the aid of a “walker”.

He is 13 years old and does not speak.

Ismaël speaks mostly through gestures and with his eyes. It is truly amazing how much he can say!